I have a confession.  My close friends already know this about me, but I try to keep it sort of on the down low.  It doesn't really fit with my feminist-not-domestic-not-cute brand.  But here it goes.

MORE OF THEM ALL THE TIME.

I know. It's not something I'm proud of, until I make something really really cool, then I am so proud I text my 10 closest friends repeatedly until all of them text back, "Wow, that is really pretty," and then everyone knows what they are getting for Christmas.  And then I take it to my husband yelling, "LOOK SEE LOOK WHAT I MADE ISN'T IT AMAZING I AM SO TALENTED AND I DON'T EVEN CHARGE YOU MONEY TO LIVE WITH ME" and he is like

Here's the difference between me and the good moms, though: I DON'T DO CRAFTS WITH MY CHILDREN.  Because that completely defeats the purpose of the crafts, which is to relieve stress and to foster generalized creativity.  It's like going on vacation with small children, why in the world would you do that to yourself.  You can enjoy psychological torture at home for free.  As I am decoupaging something to a picture frame, ALONE, I can be thinking of the my next writing project or pondering the size of the universe or just speaking in soothing tones to myself.

If you do crafts with children--until they get big of course, but by then, they won't want to do crafts with you, because they never have, and that, in a nutshell, is the entire problem with my parenting approach writ large, regarding almost everything (topic of next blog post)--you don't have space for your own thoughts because you have to hover over the children and ensure that everything is done correctly and that they don't make a huge mess because otherwise people might die. It's very stressful.  Unlike Marie Kondo, I don't love mess because then that's just another thing I am responsible for and, as my inner self apparently thinks I am inadequate in the face of any and all of life's challenges, I won't be able to handle that. 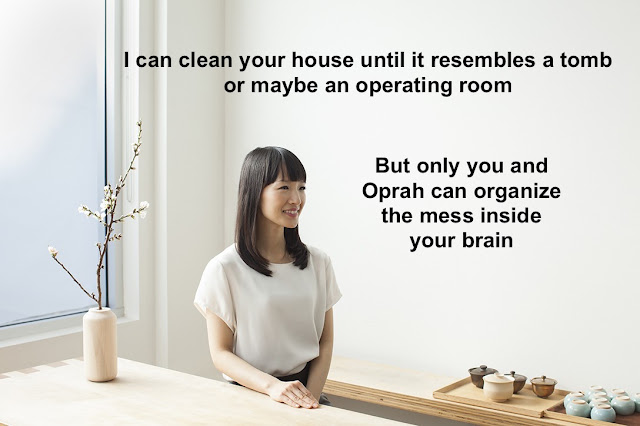 So now we come to the part where I brag about my amazing creations, and if you don't like Pinterest, I would advise you to hit the exits now.

OK, for those of you who are still left--First of all, I don't know why you read my blog. You must really love me, like the real me, because for sure you're not getting anything here that helps you in your actual life.  Second of all, I give you a tour of my crafts.

So, it really all began with crochet, which I was forced to learn in the Kenyan primary school I attended. While the boys did I-don't-know-what, maybe learning how to invade and blow up things, the girls learned all kinds of highly useful domestic skills, including crochet, embroidery, knitting and such.  For some reason, crochet "took." I mainly have made teddy bears for select friends and family. But lately I have branched out into cooler things like Star Wars and Harry Potter figures.

But my crafting has really taken off in the last couple of years, fueled by a growing obsession with African fabric, which has truly proven to be a gateway drug for all manner of nefarious activities, such as decoupage and adhesive spray.

Once I realized I could not decoupage a skirt for myself, I broke down and bought a sewing machine, which is like hitting rock bottom. If you own a sewing machine, you can no longer pretend to be all cool and undomesticated. You are three Butterick patterns away from being a 1950's housewife. Anyway, I haven't figured out how to make any clothing beyond a simple skirt with elastic. Instead, I have made cushions for everything. We may soon have to get rid of all our furniture and turn our home into one massive African-fabric-themed-cushioned mosh pit or like a middle-eastern-hookah-bar-type-establishment where everyone lounges around on the floor and eats grapes one at a time.


So, seriously though, let's keep this between us.  I don't want to be known as a "crafter" because then I will start judging myself by the actual ones on Pinterest and that will ruin everything.  I prefer to be known as a career woman who occasionally does some substandard projects because Africa won't stop making fabric.  That's the line we are going with.