A Mother's Declaration of Human Rights 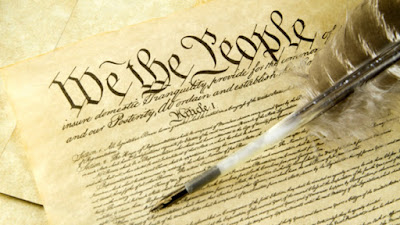 Whereas females of the human species who have reproduced or who have otherwise assumed parentage over a juvenile (hereafter referred to as "mothers") continue to be human beings with inalienable rights after becoming mothers, despite any evidence to the contrary, such as the possible usage of a breast pump;

Whereas the legal requirements of motherhood include the feeding, clothing, housing, and basic cleanliness, health and safety of juveniles, in addition to their education, which can be outsourced to the state; and do not include the eradication of boredom, inconvenience, annoyance, or deprivation of sugar and/or plastic items from China;

Whereas able-bodied men who may be present and juveniles of sufficient age are able to perform any manner of duties to maintain the well-being and proper functioning of themselves and their households, to include the location of misplaced items, the cleaning of clothing, the acquisition and preparation of food, the disposal of refuse materials, and the tending to the necessary sanitation of involved body parts after defecation;

We, the often unwashed and unheard masses of mothers do declare these our Human Rights, which shall be respected by all other humans and can be invoked by mothers, with vocal protests and/or the refusal to perform services, at any time when they are perceived to be violated:

Article I
A mother has the right to feed her children any substance approved by mainstream medical professionals--a category that does not include random women in parks with no medical degrees peddling essential oils--free of judgment, ridicule, or interference, and can command other able-bodied adults in the vicinity to administer said substance at any time of the day or night.

Article II
A mother has the right, in the presence of other able-bodied adults, and especially a male who may be complicit in her predicament, to refuse to remove soiled diapers from her infant and to place upon him or her a clean diaper, therein,  or to otherwise perform functions involving bodily fluids of any kind, by virtue of the mother's service as the incubation and delivery vessel for said child, or simply because she does not wish to perform said function.

Article III
A mother has the right, assuming an infant or older juvenile is known to be in a secure location or not otherwise at risk, to employ auditory blocking devices or legal pharmaceuticals during sleep.

Article IV
A mother has the right to maintain a posture of relaxation when ordered into service by a juvenile of sufficient age and ability to tend to their own needs; or, in cases where the juvenile is not of sufficient age or ability but is in no immediate danger if deprived of such service.

Article V
A mother has the right to refuse service of any kind to or in the presence of her able-bodied male partner at any time and for any reason.

Article VI
A mother has the right to employ technology--to include televisions, Netflix, laptops, tablets, wii, playstation, and any number of electronic devices, both presently in existence or invented at any time in the future--at any time, without judgment, ridicule, or interference to maintain sufficient mental and/or physical health needed to meet her legal responsibilities.

Article VII
A mother has the right to tend to necessary bodily functions in privacy and without interference and to employ locking devices pursuant to this aim.

Article VII
A mother has the right to depart from areas and disengage from situations in which juveniles are employing methods of psychological torture but are otherwise in no immediate danger if left unattended; locking devices may be employed pursuant to this aim.

Article VIII
A mother has the right to partake of entire meals while seated and to refuse to participate in such meals intended to "celebrate" her but which include juveniles insistent upon human rights violations during said meal.

Article IX
A mother has the right to dispose of any item at any time that has been improperly deposited in her abode and/or whose value is not easily determined, to include scraps of paper; plastic items obtained from birthday parties and/or fast food restaurants; organic items such as sticks, dirt clods, and leaves; and play items that have not been employed in recent memory, if ever.

Article X
A mother has the right to refuse to assist with the entertainment of juveniles, to include instruction in cooking and gardening that might otherwise be efficiently accomplished in pleasant solitude; assistance with handicrafts, particularly those involving glitter, paint and other noxious substances; participation in games that involve sitting for long periods on floors, physical exertion of any kind, or elaborate, nonsensical rules, noncompliance with which is met with apoplexy; and the planning and execution of logistically complex outings, parties, or other activities that involve leaving the house.

Article XI
A mother has the right to avail herself of medicinal assistance, in moderation, to include chocolate, alcohol, spa treatments, antidepressants or other legally obtained psychiatric pharmaceuticals, in pursuit of baseline mental health.

We hold these truths to be self-evident, that all men and women--including those women who have sacrificed their bodies, careers, and sanity for the sake of the continuation of the human race--are created equal and endowed by their Creator with certain inalienable rights, that among these rights are Sleep, Peace, Sanity, and Private Toilet Use, the deprivation of which constitute gross violations that Mother-kind will probably allow but will be bitter and resentful about so please cooperate people!  Don't make us count to 3!!!!