Dare I admit it? 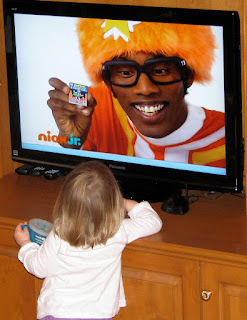 I think everyone who has been within earshot or key-stroke-shot of me in the last 2 years has duly noted my struggles with motherhood. It's not that I have been unhappy, it's just been an adjustment shall we say. I, like most people, am a selfish person, and parenthood really beats that out of you the hard way. At least I am honest about it (a cop out if I ever heard one, but a good one nonetheless). And I do think that I am warped by all the feminist thought I acquired in grad school and have focused entirely too much on gender equality issues (see the last post I wrote), which is really a futile occupation when it comes to having babies/very small children. Related to that, I think my pride has been an obstacle to my enjoyment; I have found myself grumbling to myself as I crawl along the floor picking up grains of rice that were recently flung in my face, "I have a Ph.D., dammit!!," which is totally stupid, because a Ph.D. is basically worthless compared to a properly raised child, but even so, one can easily find oneself feeling overqualified for many of the tasks of motherhood. Lastly, there is the confidence issue. It's hard to enjoy a job, even a great job, when you feel you're in over your head, when you haven't found your bearings. And I've pretty much been scared s**tless since the day Charlotte was born (She, on the other hand, has produced plenty of excrement during that time).

While I won't go as far as to say that I am cured of my discontent, I will cautiously admit that I might possibly have started enjoying myself a wee bit. Charlotte is now at an age where she has a full-fledged personality, can communicate fairly well, and has interests and hobbies. For instance, I have really gotten into her favorite TV Show, Yo Gabba Gabba, which is definitely some weird California dude's hallucinogenic mushroom trip, but whatever. She likes it. A lot. And I like it because when it is on, she leaves me alone. Any show that can do that should win a lot of Emmys and maybe even a Nobel Prize. So I have bought her Yo Gabba Gabba toys and Yo Gabba Gabba books and am planning a Yo Gabba Gabba birthday party, complete with DJ Lance Rock costume, which is basically a bright orange body stocking, to be worn by the very brave Kevin, as if he had a choice. I may even attempt making a Brobee cake, but I don't want to get too ambitious and end up with a pulled muscle in my hand or something.

So she is basically a real person, and I like people and find them interesting. I even find people's behavior problems fascinating and somewhat enjoy the challenge of figuring out how to get along with different people, with a few exceptions of course. I think this is a trait fostered by my boarding school upbringing. I had over 20 roommates all told after 7 years there, all of them middle school or high school girls, so I have pretty much been exposed to the full range of unmanaged personality foibles and petty, immature behaviors (and the consequences of my own). It made me very pragmatic. When in 9th grade my friends/roommates began to shun me because they felt I hung out too much with my boyfriend, I broke up with him, even though I thought they were the most ridiculous thing since the New Kids on the Block, although technically, I had not yet arrived at the conclusion that the New Kids were indeed ridiculous, that milestone would be reached in 10th grade, probably after listening to "Hanging Tough" for the 32nd time. Now, I was not a door mat, but I had to ask myself, did I like the boyfriend enough to put up with the misery of my friends' shunning? Because it was doubtful they could be shown the error of their ways or change them. I had already begun to learn by that time that most people can't and don't, certainly not if they are a teenaged girl (or an overgrown teenaged girl, of which there are plenty, of all ages and both genders). Given that, I concluded that he was in fact not worth it--no offense to him, he went on to become a very nice man--so I dumped him and got my friends back. Problem solved. Of course, principle at times dictates that you do not give into unreasonable demands, and in those cases a good strategy is to just ignore people. Or put baby oil in their shampoo. Or both.

With Charlotte, I take the same approach. I try to accommodate her silly-ness whenever possible. Like if she insists on bidding the space heater in her room good-bye in an elaborate ritual that looks vaguely Japanese before leaving for work/daycare, that's fine, I'll just budget some extra time to get her out the door. And if she must have her own piece of toilet paper and must get to throw it in the toilet every time I use the bathroom (if she must come with me to the bathroom in fact), whatever. And if she absolutely demands that I read Little Bear--which is the most inane, pointless book she owns, and which sends me into fits of rage inside my head every time Emily gives Little Bear her doll and then takes it back because it makes no sense in the story and obviously teaches children to be stingy--but if she insists that I read Little Bear 50 times in succession, then I will do it. Because I know without a doubt that the alternative is much, much worse. However, if she refuses to take a nap, well then she can just scream about it for a couple of hours while I go get my earplugs. And if she throws herself on the floor in a melodramatic outburst because I gave her milk in the green cup, not the blue one, which is so obviously an outrage and an offense to humanity everywhere, then I'm going in the other room. But I don't put baby oil in her shampoo because I will be the one to have to wash it out and that doesn't sound like much fun. See, pragmatism. It works.

So now that parenting is beginning to move into the realm of relating to human beings and managing their behavior instead of a relentless game of "let's see how many bodily fluids I can apply to your outfit today," I am getting into it. The dreaded teenage years? I almost can't wait. Bring it on. I have LOTS of experience.
Email Post